Glo Germ™ is a product sold both in liquid and powder form that contains proven safe ingredients formulated to be the same size as bacteria, basically 5 microns in size. When used in either the powder or liquid-based form, with the use of an ultra-violet light, it simulates the spread of germs, teaching how quickly and broadly germs can be spread in a short period of time. 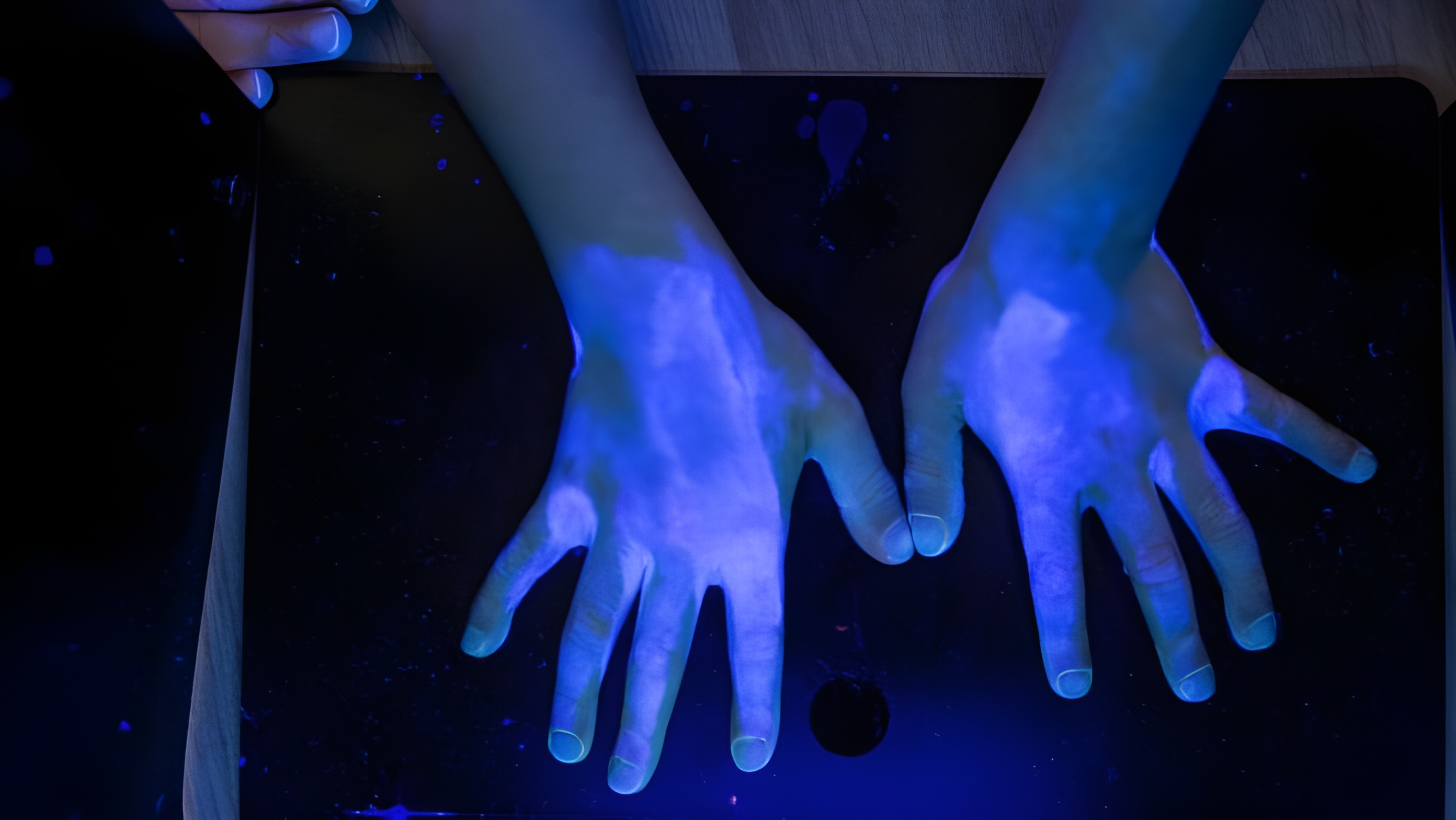 Glo Germ was invented in 1968 by Dean Luxton, then of Costa Mesa, California. In 1972 Luxton moved to Castle Valley, Utah and in 1975 DMA International, of which Joe Kingsley is president, acquired the rights to Glo Germ. 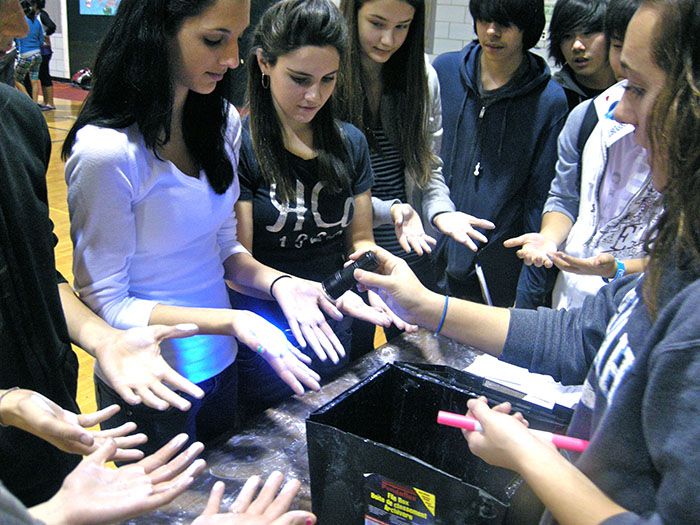 In the 1980's a market was developed in Canada with 60% of Glo Germ's product being exported to that country. The market at that point was 100% medical. Now, it is 25% educational, 25% medical, and 50% industrial (restaurants and consumer based industries) and is spread across the globe.

Glo Germ is sold all over the world with primary international markets being Canada, Australia, Saudi Arabia, Bangladesh, Malta, New Zealand and many European countries.

Glo Germ has played a major role in the training of patients and staff in major hospitals throughout the United States including John Hopkins University. This facility has in fact made a sophisticated video for training patients on proper personal hygiene using the Glo Germ product. 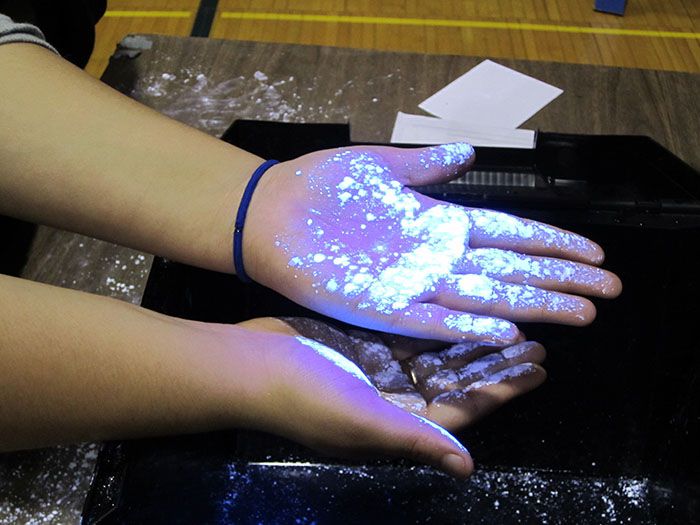 For several years Glo Germ has been providing materials for preschool and day care facilities to train providers and the children in proper handwashing procedures. Glo Germ provides the children with a visible understanding of what germs could look like.

The uses for this product have yet to be fully discovered. In addition to the foodhandling and medical uses, it has been used to train in the handling of radioactive materials by the Atomic Energy Commission and the United States Association of Tattooist which uses Glo Germ to help fight in the threat to tattooists from AIDS.

The Glo Germ powder particularly the Orange colour is very good for auditing areas that are cleaned on a regular basis, the white can be used if you are auditing without the cleaners knowledge as it is invisible in small quantities, only when the 32 UVLED Flashlight is used to illuminate the area, does the standard of cleaning become obvious.

To set the standard required we suggest that the powder is sprinkled in the areas to be cleaned and then thoroughly cleaned to the standard required. Illuminate the area using the 32 UVLED and it will show how much Glo Germ is present, if possible photograph the results and document, this will then provide a marker that can be used as part of your HACCP and/or quality management system. It sets a standard that is required, and enables any system used, to be adhered to simply and efficiently and could also form part of a training program.

Subscribe to our Newsletter for updates, deals and new products!